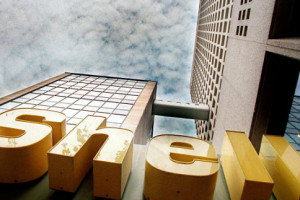 Bad news for oil industry workers and suppliers: Royal Dutch Shell has joined the ranks of energy companies who are slashing their spending.

Shell said it was scaling back its planned capital investment by $15 billion over the next three years.

Oil is now trading around $45 per barrel, down from over $100 per barrel this summer.

Shares in Royal Dutch Shell (RDSB) fell by about 5% in London after the company said fourth-quarter net profit fell 57% versus the same period last year.

“Shell has options to further reduce spending, but we are not over-reacting to current low oil prices,” the company said in a statement.

David Madden, a market analyst at IG in London, described the cuts as “enormous.” The move “signals cautious times ahead,” he added.

A string of other energy companies have already announced plans to cut investments and jobs due to the slump in oil prices.

BHP Billiton (BBL) announced this month it was cutting its U.S. onshore rig operations by about 40% this year. Schlumberger (SLB) recently announced plans to lay off 9,000 workers.

“A poor quarterly result does not change our view that Shell has the greatest financial flexibility in the integrated oil sector,” said energy analyst Jason Gammel from investment bank Jefferies.

Shell – is multinational oil and gas company headquartered in the Netherlands and incorporated in the United Kingdom. Created by the merger of Royal Dutch Petroleum and UK-based Shell Transport & Trading, it is the fourth largest company in the world, in terms of revenue, and one of the six oil and gas “super majors”.

The value of the most popular cryptocurrency bitcoin continues to grow. On the morning of Thursday, February 18, the price exceeded 52 thousand dollars for the first time. CoinDesk data show this. Thus, at 10 o’clock Kiev time, the cryptocurrency at the peak rose by another 1.28% and reached a price of $ 52,100. Currently, […]