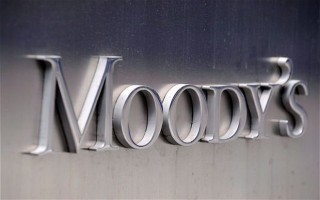 Moody’s improved the forecast for Ukraine’s banking system to stable from negative, according to the website of the credit Agency. Today, analysts’ opinions have changed. Experts believe that the work of Ukraine’s recovery after a deep recession in recent times has yielded results and stabilized the situation in the country. This conclusion is made in the Moody’s report, entitled “Banks – Ukraine: Steadying Economy and Improving Funding Conditions Support Stable Outlook“.

According to experts Moody’s, the growth of confidence to Hryvna and the decline in inflation expectations led to a rise in currency deposits to 12% from March 2015 to March 2016. It indicates a shift in the predominant trend in the past two years of outflow of deposits from the system.

The share of hryvna deposits for March 2016 was 81%, when viewed as a whole for all accounts of Ukrainian banks. As noted, this significant improvement gives the banks access to relatively stable in terms of price source of financing.

The updated outlook of Agency also says about the low risks associated with refinancing. Planned repayment of debt should not present problems for banks.

For the future the improvement in funding conditions will boost lending, and the recent stabilization of the national currency will contribute to the solvency of banks.

For reference: Moody’s or Moody’s Investors Service is an international rating Agency. Moody’s is a subsidiary of Moody’s Corporation. It is involved in assigning credit ratings, research and risk analysis. Moody’s along with Standard & Poor’s and Fitch Ratings is included in the “big three” international credit rating agencies.

Leaders of Yahoo have told  that they refused from the realizing  of the business to China’s Alibaba in the amount  of $ 30 billion. The Company  also thinks what they have to do with the Japanese peace of the business, which is estimated at     $ 8.5 billion. (In the Japanese company they owns […]

Seeing a clear plan of debt restructuring, international lenders agreed to continue cooperation with UkrLandFarming in the agricultural sector.  “Today we can see that efficiency UkrLandFarming fully restored, the financial situation is stable, and the lenders are configured to work with the holding in the future”, – said Nick Piazza, CEO of SP Advisors finance […]