Главная › News › Metinvest went to the US Bankruptcy Court

Metinvest went to the US Bankruptcy Court 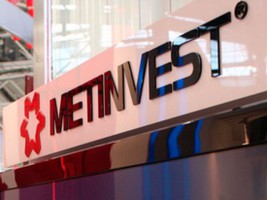 US Bankruptcy Court in Delaware will consider the appeal of the Metinvest company about the restructuring of Eurobonds.

US Bankruptcy Court in Delaware appointed for February 9 meeting on the treatment Metinvest BV (Netherlands), the parent company of Ukrainian mining and metallurgical group Metinvest to authorize the US proposal for the restructuring of its Eurobonds for $ 1.125 billion.

According to the message of Metinvest on the website of the Irish Stock Exchange, any objections or responses to the treatment will be accepted until February 2.

In addition, Metinvest asked the court to recognize that this proposal is preliminary. The meeting of this appeal is scheduled for January 29. Any objections or replies to it are accepted until January 26.

Metinvest, caught in a crisis situation with declining steel prices, malfunction of their businesses because of the military operations in eastern Ukraine, suggested earlier the holders of the three editions of its Eurobonds to agree on introduction to May 27, 2016 moratorium on payments on these securities and negotiate on their restructuring.

Metinvest offers to pay the holders of Eurobonds $ 1.25 premium for each $ 1 thousand nominal value of Eurobonds for their support and offer the same amount, if till April 1, 2016 will not be reclaimed pre-term termination of the moratorium.

Metinvest  group consists of mining and metallurgical enterprises located in Ukraine, Europe and the United States. The main shareholders of “Metinvest” are the group “SCM” (71.24%) and “Smart-Holding” (23.76%), co-management of the company.

South Korean Samsung continues to expand its pharmaceutical business, investing nearly $ 2 billion in the construction of plant for the production of medicines, which should become the largest of its kind in the world after the completion of works in 2022. According to The Wall Street Journal, the company is betting on further growth […]

Intel will sell for $ 9 billion divisions to produce memory chips

Intel Corp. sells to South Korean the SK Hynix Inc. unit in the field of manufacture NAND memory chips and the storage devices for $ 9 billion. The agreement includes manufacturing operations for NAND chips SSD-drives, NAND components and semiconductor wafers, said in the press release from Intel. SK Hynix will also receive the plant […]