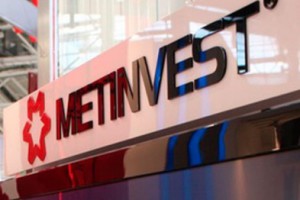 “Metinvest Holding” LLC, the management company of the largest Ukrainian mining and steel group “Metinvest”, filed a lawsuit to the Alchevsk Metallurgical Plant (ALMK, registered in Severodonetsk, Luhansk region), included in the corporation “ISD” and “Metinvest-SMC” LLC  on totaling more than 5.8 billion UAH.

The Commercial Court of Kiev began the production and adopted a statement of the “Metinvest Holding” in the  ruling of court in  February, 11 2016.

Besides, the same court partially granted the request of the  “Metinvest Holding” LLC by the definition of February, 12,  2016 and seized the accounts of ALMK for the amount of the claim in a group of banks.

“Metinvest Holding” LLC also filed another lawsuit against ALMC  and “Metinvest-SMC” in the amount of 7 billion 314 million 875 thousand 673.67 UAH. The court also  commenced  proceedings in this case. The hearing is scheduled for March 9 this year.

In addition, the “Metinvest Holding” company has filed a lawsuit to the Dneprovskiy Metallurgical Plant   named after Dzerzhinsky (Dneprodzerzhinsk, Dnepropetrovsk reg.), included in the corporation “ISD” and “Metinvest-SMC LLC ” in the amount of 10 billion 550 million 185 thousand 455.20 UAH. On the third lawsuit was also commenced a proceeding. The hearing is scheduled for February 29 this year, but at this moment there is no information about its results.

“Metinvest” consists of mining and metallurgical enterprises in Ukraine, Europe and the USA and has a sales network covering all key global markets.

The Agricultural company “Volyn-Grain-Produkt” built a seed plant for the production of the soybean seeds, peas, wheat and barley. The official opening of the company is planned this year. This was said to the Latifundist.com by the founder of the company,  Evgenyi Dudka. According to him, the company has tentatively made for themselves the  soybean […]

During trading on Thursday, Apple’s market of the capitalization fell by 8%, which means a loss of almost $ 180 billion. This is a record daily cost reduction for any company in the history of the American market. However, Apple’s capitalization still significantly exceeds of $ 2 trillion. Excluding 2020, the previous anti-record was set […]