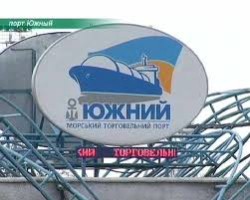 The American company Cargill invests $ 100 million in the construction of a grain terminal in the Ukrainian Yuzhnyi sea port (Odessa region).

This was announced by the Prime Minister, Arseniy Yatsenyuk at the signing ceremony of the investment agreement, which took place on Wednesday in the Cabinet of Ministers.

“It’s been 7 months, and the result of 7 months is $ 100 million that one of the world’s largest USA companies Cargill decided to invest in the Yuzhnyi Port, in the construction of a new grain terminal. I want to congratulate the American and the Ukrainian business”, – he said.

According to the Minister of infrastructure Andriy Pivovarsky, the terminal with a capacity of 5 million tons will provide with jobs of 350 people. Startup of the  terminal is scheduled for 2017.

“We can sign such projects at least once a month. The only thing that keeps us is the decision of the Verkhovna Rada not to vote for the bill 2488a. In that decision, the Verkhovna Rada would permit the Government of Ukraine to attract as many resources in the infrastructure of the port that would permit to withdraw Stevedoring public companies from the list of the strategic and would allow the privatization. In such a way, the Verkhovna Rada would allow to create thousands of jobs and attract billions of dollars of investments and create additional monetary base budget, to increase the social standards”, – he said.

It will be recalled, that the Cargill buys 51% stake in the transshipment terminal, which the Stevedoring company “MV Cargo” will build in the port.

Before the start of the construction, Ukraine takes a responsibility to create the water area with the desired level of improvement works on the way to the terminal.