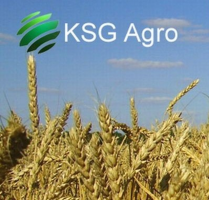 KSG Agro has received permission to export pork to Georgia. The first shipment is scheduled for June.

“Pig-breeding business of KSG Agro has successfully passed the test of the National Food Agency of the Ministry of Agriculture of Georgia and received permission for the supply of pork to the country”, – said in a statement on its website.

A pilot contract was concluded with the “Barack” Georgian company. The first delivery is scheduled for the end of June this year.

KSG Agro is vertically integrated holding which is engaged in the production, storage, processing and sale of grains and oilseeds, as well as pigs. By the end of 2015, its land bank amounted to about 63 thousand  hectares in Ukraine.

In September 2014,  KSG Agro has presented a new development strategy to the investors, according to which it will reduce its land bank by the  eliminating the Crimean assets (28 thousand hectares from  94  thousand hectares at that time) and will focus on the most profitable and promising projects, including – industrial pig farming, production of solid biofuels, flour and cereal production.

The co-owner and the chairman of the board of directors of KSG Agro  – Sergey Kasyanov in October 2015 announced its intention to reduce its land bank by 22.9 thousand hectares  in the process of restructuring of loans with Ukrsotsbank (Kyiv).

The value of bitcoin has approached $ 20 thousand

Apple employees refuse to return to the office