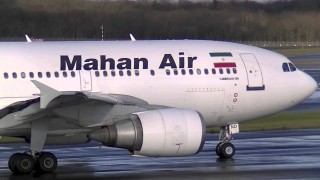 This reported the “Delo”.

According to the publication, in the list are flights to India, China, Malaysia, Thailand and the UAE.

Entering the Ukrainian market for the Mahan Air became possible due to the lifting of the international sanctions against Iran, but the company still has not got its own airline representative in our country.

According to the media sources,  domestic airline UM Air will be the representative of the Mahan Air in Ukraine.

Mahan Air Private company  with a fleet of 50 aircraft is the largest Iran air carrier and specializes in long-haul traffic.

The company will start its activity in Ukraine with flights to Dubai, Bangkok, Delhi, Kuala Lumpur, Beijing, Shanghai and Guangzhou. And they will be carried out with a transfer in Tehran, the Iranian capital.

According to the company Mahan Air, its first own flight from Kyiv to Tehran scheduled for March 20.

It will be recalled, that Ukraine and Iran signed a Memorandum of Understanding V session of the Intergovernmental Ukrainian-Iranian Joint Commission on Economic and Trade Cooperation, which defines all areas of cooperation between Ukraine and Iran on March, 7.

Mahan Air is Iran’s airline, which was founded in 1992. It’s based at Tehran Imam Khomeini International Airport. It performs regular and charter flights domestically and abroad the country.

Trump won: the companies begin to take out assets abroad

By the last calculations, Donald Trump has won  in the  USA elections . The majority of world editions have reported already about it which reputation don’t allow doubting the validity of this information . As  the Air Force reports, for the time being, the candidate of republicans  has collected 278 votes of delegates.  Hilary Clinton […]

Current and former Deutsche Bank staff have been questioned by the Serious Fraud Office in recent weeks in relation to the investigation into Libor rate-rigging. Traders have been interviewed about the manipulation of the London interbank offered rate and its euro counterpart, Bloomberg has reported. The interviews come shortly after the conviction of former UBS […]