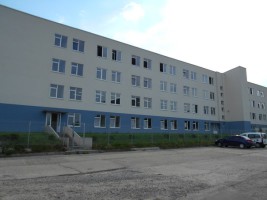 Spouses McMahon, the owners  of the “Morgan Fenice company ” –  a large manufacturer of the upholstered furniture  (Morgan Furniture LLC, Kvasyliv,  Rivne region), are going to invest 280 million UAH (€ 9.3 million) within the next three years to expand production capacity and specialty-equipment.

This will increase the volumes of production and export by 3.4 times to the expected indicators of 2016 – up to 3 billion UAH.

The cofounder of the company, Lorraine McMahon, said that as a result of this project, it is planned to increase the number of jobs in almost three times from 750 up to 2.1 thousand. It will also create many jobs for Ukrainian suppliers. Besides, it is planned to expand existing premises to 18 thousand sq. m.

According to the director of “Morgan Fenice” Roman Basarab, following the results of 2015 the company increased its revenue by 39% to 485 million UAH. With that, total output  is exported to Germany, France, Great Britain, Poland, Austria and other European countries.

“In 2014, when Ukraine’s economy was going through one of the most difficult periods, the company demonstrated nearly tripled growth of the revenue and exports, selling products on 350 million UAH. As a result, in 2014 and 2015 the company became the leader in the manufacture and production of upholstered furniture in Ukraine”, – Basarab said.

In the current year, as expected, production worth UAH 880 million will be made. The average salary at the plant is 5 thousand  UAH, which is 43% more than the average monthly salary in the Rivne region.

According to her, the signing the Association Agreement with the EU by Ukraine plays a positive role in business development, in particular the abolition of the taxes in the procurement of components abroad on  January 1, 2016. “This increases our competitiveness compared to similar products in Poland and Romania”, – said the cofounder.

Rambler buys  part of the  software development company UCS. The amount of the agreement at the moment were not disclosed. UCS is the owner or service that controls cafes and hotels, and theater ticket  reservation system. The acquisition will make Rambler the first Internet company with applications for business and entertainment in b2b and b2c […]

Results of the survey on lawyer.ua: corporate lawyer competence

In every company sooner or later there comes a time when the manager asks a question of legal support for business. Solutions may be very different: someone delegate such powers to accountant and it really works, it is true, as long as does not need an expert with deeper legal competence, and someone is trying […]

From the sale of enterprises of “Ukrspirt” the state plans to raise between 200 and 400 million dollars. This was announced by Minister of Agricultural Policy Taras Kutovojs in an interview. “The market itself will determine the amount. According to the forecasts, I think it should be from 200 to 400 million dollars “, – the […]