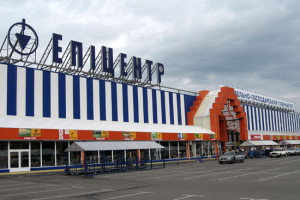 The owner of the largest online store Rozetka.ua,  Vladislav Chechetkin accused the retailer “Epicenter” which is developing a network of building supermarkets, in the non-competitive behavior and pressure on suppliers.

According to him, such behavior  of “Epicenter” destroys the competition in the market.

The post was  written under the impression of the reaction of “Epicenter” on the recent publication of the launch of their online store 27.ua, the start of which was appointed in spring this year, but was postponed.

The online shop of “Epicenter” will sell appliances, electronics, building materials, sports goods, garden and children’s products. One of the deputy chairmen of “Epicenter K” supervises the launching of Internet shop. Almost the entire team for an Internet shop is made up of their own personnel, the project employs about 20 people, – says the professional edition Retail Community.

“When the competition is over, the consumer only will win, but now it is not an attempt to create competition, but to destroy it”, – said the owner of Rozetka.ua.

The store Rozetka.ua, that  initially specializing in electronics and household appliances, gradually expanding its range of products. At the moment it presents sport’s and children’s products, products for home and garden, as well as auto products, clothes, shoes and jewelry. Through the website Rozetka.ua you can also buy the airline and railway tickets.

According to the Ukrainian Association of Direct Marketing, the share of e-commerce market of Rozetka.ua is reaching approximately 40%.

Ferrari’s shareholders signed an agreement on protection from hostile takeovers

Large investors of the Ferrari – Exor and Piero Ferrari holding company, made a pact that will protect the corporation from hostile takeovers. Ferrari feared for his integrity after  it will be separated from the Fiat Chrysler in the beginning of the next year. Investors are joining forces to make all actions together and consulting […]