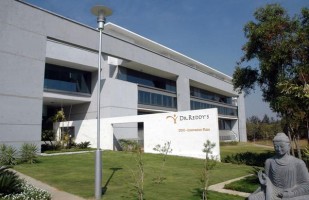 Indian Pharmaceutical Manufacturers Association unites the representatives of Indian pharmaceutical companies in Ukraine.  The executive vice president of the Dr. Reddy’s  M. V.  Ramana  pointed out that Ukraine is one of the key markets in which the activity of the company  is focused.

International pharmaceutical company Dr. Reddy’s (India) remains optimistic about the Ukrainian pharmaceutical market and continues to develop its business in the country. This was announced by executive vice-president of the company M.V. Ramana.

Also, the  executive vice president of the company pointed out that Dr. Reddy’s was one of the few companies that continued to operate in the Lugansk and Donetsk regions at the beginning of the conflict in May and June 2014, and the team of the Indian pharmaceutical manufacturers in the region continued to provide  the needs of patients and healthcare.

M.V.  Ramana said that the Indian company will continue to strengthen its presence in Ukraine, bringing to market innovative products demanded for the country.

According to the executive vice president Dr. Reddy’s, the next stage of development in Ukraine will be the rollout to the market of new molecules for the treatment of chronic cardiovascular and neurological diseases, as well as new molecular oncology drugs.

With regard to the localization of production opportunities in Ukraine, M.V. Ramana said that for now  the Indian pharmaceutical company closely monitoring the situation on the pharmaceutical market in the CIS region and neighboring.

Johnson & Johnson has found a batch of coronavirus vaccine that does not meet quality standards, the company said. Supplier Emergent BioSolutions at a plant in Baltimore manufactured the batch. This batch was not poured into ampoules and was not admitted to the final stages of production, the report said.   Against this background, shares […]

The famous Italian fashion house Prada has decided to make adjustments  of the management of its business  because of the fact that the company’s sales began to fall. General Director of Prada Patrizio Bertelli  is going to re-equip production and hold a business restructuring. At the end of 2013 the company’s revenues declined, while management […]