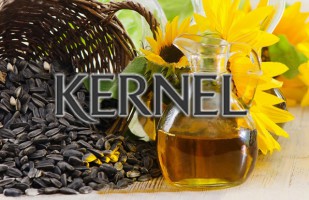 The acquisition of the Creative factory by the company Kernel Group  had a corruption component. Such an opinion was expressed by the expert of the  Concorde Capital investment company, Alexander Paraschiy, according to the  AgroPolit.com.

He argues that the deal is profitable for Kernel, but would be a bane for the largest state-owned banks and leads to potential losses of the state budget.

“After the sale of the Ellada plant, the  flagship of the Creative company, we believe that it will be difficult for other creditors (another two state and a syndicate of the foreign banks) to recover any part of the remaining debt of the company. Thus, the government’s decision seems suboptimal to the state budget and has signs of corruption. We believe it possible  that an agreement will be canceled”, – said Alexander Paraschiy.

The Kernel Group is a vertically integrated national company operating in the agricultural sector of Ukraine since 1994. It produces sunflower oil, carries out the distribution of bottled oil in the country, exports oil and grain, provides the storage of grains and oilseeds at the elevators, and also has agricultural production.

The Agroindustrial Creative Group is an integrated company specializing in the processing of agricultural products, production of feed products for livestock and poultry, food and biofuel production. The company has 9 factories, crop farms and livestock complex.

On August 3, Alphabet issued bonds worth $10 billion. This is the largest issue of debt securities in the history of the company, according to the Reuters. With $ 10 billion bond tranche allocated $ 1 billion with a maturity of 5 years and a coupon of 0.45%. The $4.5 billion tranches with maturities of […]