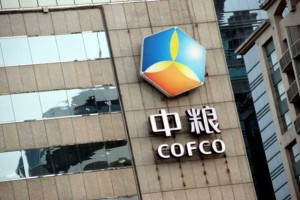 Recently, the launch of the new terminal of COFCO Agri of grains and oilseeds transshipment took place in Mykolayiv, – it is reported by the informed sources.

According to the representatives of the company, the funds invested in the project, amounted to $ 75 million. The building of the terminal started two years ago and took  20 months. There are two grain silos, grain dryer, grain-cleaning with the capacity of 50 tons per hour, and the laboratory for verification of grain quality in the new terminal.

The Head of Cofco Agri Group companies in Ukraine – Vladimir Osadchuk noted in an interview that a complex, which conforms to the highest standards, was launched through the investment of Chinese enterprises and the use of the modernized imported equipment, and new jobs were created on its base.

Analysts note that the new terminal is one of the biggest investments of the Chinese company in the development of business in Ukraine.

COFCO is China’s largest company, with assets of $ 71.9 billion, which is engaged in the procurement and marketing of cereals. The company operates in 140 countries.

COFCO is one of the main shareholders of COFCO Agri – the main international platform of the enterprise.

2017 was marked by many interesting and significant events for Switzerland. They relate to science, culture, and the social life of the country, and have become important and notable for both Switzerland and for Ukraine. 1. We celebrate the 25th anniversary of the establishment of Ukraine-Switzerland diplomatic relations in 2017. Both sides undoubtedly appreciate well-established […]