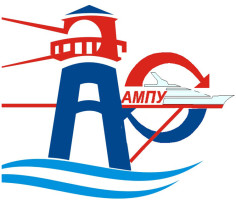 “The MV Cargo company undertakes the construction of the facilities and the mooring line.  The commitments of the ASU are to conduct dredging to the level of 16 meters in the Yuzhnyi port. Estimated volumes of partners investing about $ 100 million, the investments  of the ASU are $ 50 million. The final figures will be known after the adoption of projects “, – said Andrey Amelin.

Completion of the construction of the terminal is scheduled for September 2018, and dredging will be carried out not only for the 25th berth, but for the whole port Yuzhnyi.

Cargill AT, LLC is the investor of the project of a grain terminal in the Yuzhnyi port. The company is a 100% subsidiary of the Cargill Inc., the largest private food corporation in the USA. In 2015, the revenue of the Cargill Inc. was $ 120 billion. The company has 66 offices worldwide and a workforce of about 130 thousand people.

MV Cargo Ltd. is  a specially created company for the project of a grain terminal in the port Yuzhny. The mooring №25 at the Yuzhnyi port,  and the land on which the terminal will be built are owned by the company. The project involves the construction of modern export terminal in full concordance with the US company Cargill standards.

Chinese Internet company Alibaba and electronics manufacturer Xiaomi will be included in stock exchange index Hang Seng Index from September 7, said the operator’s Hang Seng Indexes. Earlier, the operator announced the results of the review of indexes for the quarter ended June 30. Along with Alibaba and Xiaomi, the index will also include WuXi […]