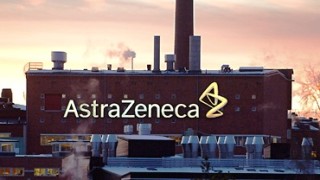 On Thursday, the British drugmaker AstraZeneca said it agreed to buy a controlling stake in the biotech company Acerta Pharma for $ 4 billion.

Analysts point out that the operations that were carried out in the health sector helped to make 2015 a record year for mergers and acquisitions.

In the legal field, the merger is profitable for pharmaceutical companies. They are used to optimize production, to unite the efforts to develop new products.

Buying Acepta Pharma will help AstraZeneca to strengthen and develop the production of drugs for the treatment of cancer at a later stage, said in an interview the executive director of AstraZeneca Pascal Soriot.

In accordance with the terms of the deal, AstraZeneca will acquire 55% stake in the Acerta. The initial payment will be paid in the amount of $ 2.5 billion. The remaining $ 1.5 billion the company will pay in 2018, or upon approval by the US regulatory authorities akalabrutinib drug that is intended for the treatment of cancer pathology.

Experts predict that if the drug is approved by regulators, the annual amount of its sales could reach $ 5 billion.

«AstraZeneca» can buy the remaining shares «Acerta Pharma» for $ 3 billion, but it will happen after akalabrutinib get a license in the United States and Europe. And the purchase of a full package of shares would be effected in the case if the drug is successfully implemented.

The AstraZeneca has big plans aimed at merging. In November, it agreed to buy California biopharmaceutical company ZS Pharma for $ 2.7 billion in cash. This week, AstraZeneca also announced that it would buy the Japanese Takeda Pharmaceutical Company of Japan for $ 575 million.

NASA has provided to Nokia with $ 14.1 million to deploy 4G (LTE) network on the moon. The US space agency noted that telecommunications networks of this standard will be able to provide more reliable than radio signals, communication on the Earth’s satellite, where it is planned to build the lunar base by 2028. NASA […]

Britain intends to start vaccination against coronavirus in December

The British government hopes that in the coming weeks the relevant authorities of the country will register two vaccines against coronavirus. Boris Johnson, the Prime Minister announced it in an interview with Sky News on Monday, November 30. “So far, no vaccine has been approved for use by the Medicines and Medical Devices Agency. However, […]

The agreement between two chemical corporations will make a company with a market value of $ 120 million. According to information of WSJ, two companies began to discuss  the merger in November 2015. Now representatives of the enterprises carry out the last part of the negotiations between the leaders. When companies announced about agreement between […]

Oil becomes cheaper due to a sharp increase of reserves in the US and an increase in the number of coronavirus cases, which has raised fears of oversupply and weakening demand. This is evidenced by the data of stock trading on the site Investing.com published on Wednesday, October 28. In particular, the price of December […]