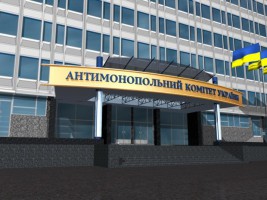 The Danish company will combine its assets in Ukraine and Russia. It is reported by “ProAgro”.

According to AMC, Ukraine-Agro A / S is a holding company associated by the ratio control with enterprises engaged in activities on growing and sale of pigs in live weight.

Russian Pig Meat A / S company tied with its business entities by non-residents of Ukraine, which operate in the cultivation and sale of pigs; wholesale of meat and meat products in the Russian Federation.

According to the annual report of the Ukraine-Agro A / S for 2014, it owns 90% of the Danish Berry Farm, which in its turn, through its subsidiary LLC “Dan-Farm Ukraine” (s.Halcha, Kiev region) Ltd controls “SPU AGRO ‘( s.Grozyne, Zhytomyr region.), that has been breeding pigs.

According to the unified state register the charter capital of LLC “Agro SPU” is 63,657,000 USD.

Press service of the international financial group VTB-Ukraine has confirmed the information about the planned sale of BM Bank. According to the official statement of the company, approval of decisions on the operation are going to realize till the 1 of March 2017 year. It is also worth noting that potential investors have already received […]

AirlineRatings.com named Qatar Airways the airline of the year. As reported on Tuesday, July 27, the rating of Top Airlines in the World takes into account flight safety, on-board service, passenger comfort and flight routes, as well as the response of airlines to the COVID-19 coronavirus pandemic. Qatar Airways was recognized as the best airline […]

Salesforce announced the purchase of Slack messenger for $ 27.7 billion

Salesforce is one of the world’s largest players in the cloud computing sector. They will buy Slack Technologies, the owner of Slack’s corporate messenger. The Wall Street Journal reports, Messenger will cost Salesforce $ 27.7 billion, which will be the largest acquisition of the company in its history. The terms of the deal include that […]