Главная › News › Anti-Corruption Bureau was denied in verification of “Ukrnafta” 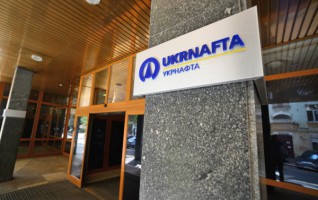 Solomenskiy district court of Kiev refused to Ukraine’s National Anti-Corruption Bureau (NAB) to verify the business activities of  the “Ukrnafta” Ukrainian gas company in a criminal case. This is stated in the court decision, that was posted in the Unified Register of judgments.

As follows from the materials of the  case provided to the court, Anti-Corruption Bureau is investigating the case of damage to the state budget in a large scale (part 5, Art. 191 of the Criminal Code), the proceedings on the case was opened on March 17, 2016.

It is noted,  that according to the order of the Cabinet of Ministers “On approval of the projected balance of income and distribution of natural gas in 2014”, “Ukrnafta”, PJSC in 2014, has pledged to recover 1.756 billion m3 of natural gas with its subsequent sale to the “NAK” Naftogaz Ukraine”, JCS. Recovered gas was intended for the formation of the natural gas resource used for the needs of the population in cost prices set by the National Commission of state regulation in the energy sector.

However, as found in the investigation, there are no operations for obtaining the gas from “Ukrnafta” in the financial report of “Naftogaz”. Instead, 1.606 billion m3 of imported gas was supplied to the population.

It was also found that in 2014 the “Ukrnafta” company took  into account recovered conditioned natural gas as  the gas for technological purposes or gas used for their own ammonia production on leased at “Dniproazot”, PJSC facilities.

According to the detectives of  NAB, under comparing the cost of domestic production of gas and the cost of imported gas, there has turned a significant difference, indicating that the “NAK” Naftogaz Ukraine” inflicted harm in a large scale.

However, despite the provided evidences, the court rejected the NAB in the application for an unscheduled on-site audit of financial-economic activity of “Ukrnafta”, JSC  for the years 2014-2015 within the criminal proceedings.

Odessa investors will invest $ 20,000 in the Ukrainian startup Luciding

One of the most mysterious Ukrainian startups – the device developer to lucid dreamings Luciding – attracted new investments. This time the startup was financed by the iQSpace, for whom this was the first deal. The Luciding will receive in general  about  $ 20 000, and at this moment they received the first tranche – […]

The stevedoring company “Brooklyn-Kiev” is going to invest $ 200 million in the construction of a grain terminal in the port of Ilyichivsk. This is stated in the message of the seaport. “Brooklyn-Kyiv” emphasizes that the company comes into the port of Illichivsk not only with the  investments, but also with its know-how in the […]

The rating of the most expensive brands of Ukraine appeared