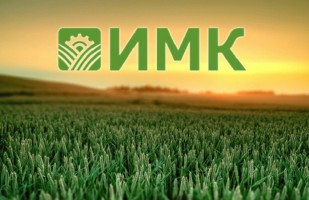 Agricultural holding “Industrial Milk Company” (IMC) is planning to raise $ 20 million funding from the European Bank for Reconstruction and Development for appending of the floating capital.

According to the bank’s website, the board of directors plans to consider the relevant draft at the meeting on April 20.

The total cost of the project for funding is estimated at $ 80 million.

IMC focuses on the cultivation of the cereals, oilseeds and potatoes and is one of the largest milk producers in Ukraine. It owns capacity for the storage of 554 thous. tons of grains and oilseeds.  The Land Bank of the IMC amounts of  136.7 thous. Ha. The group was founded in 2007 by the former owner of the holding “Cheese Club” Alexander Petrov.

Since 2009, the IMC has grown more than 10 varieties of potatoes on an area of ​​600 hectares in Chernihiv. In 2011, the IMC built a modern potato capacity of 13,500 tons, equipped with special climatic systems. The cooperation with the largest chip manufacturer in Ukraine – the company “Kraft Foods Ukraine” was established.

The recent scandal with financial fraud and losses of $ 4.5 billion in the Toshiba Company led to the fact that the Japanese giant’s shares collapsed by 43%. Toshiba is the oldest Japanese manufacturers of electronics and  has been on the market for 140 years. All events that occur in the company significantly affect the […]

Eurobond holders of the agricultural holding Myronivsky Hliboproduct  (MHP) for $ 750 million with a circulation period to 2020 agreed to soften some of the conditions of securities’ circulation. According to the Interfax-Ukraine, they agreed to change the definition of “consolidated net income” to exclude the impact of exchange rate differences during any period starting […]

It may take Nvidia twice as long to get approval for its deal to buy Britain’s largest technology company, Arm Holdings, which is owned by Japanese financial conglomerate SoftBank Group. After the companies announced a $ 40 billion deal last September, the first hurdle was a class action lawsuit from Google, Qualcomm and Microsoft, which […]