Wary of exceptional access of representatives of China to the latest European technologies, growing business activity and superiority in the competitive strengths of the Celestial Empire, EU representatives propose to establish total regulation, namely The European Commission believes that it should act as a regulator now and tightly control all transactions of the M & A procedure.

Due to the maximization of the investment value of assets, and  the final decision about the appropriateness of selling Egyptian oil producing assets of Naftogaz, with the further prospect of sales, the company`s representatives announced their intentions to cooperate with the investment company Lazard Freres SAS (France). It means that the Tender briefing will not be held, the company`s management will immediately sign a cooperation agreement.

According to Artem Sitnik (director of NABU), the cause of possible serious damage to the country is embezzlement from the PrivatBank. It means that the shareholders of this structure Igor Kolomoisky and Gennady Bogolyubov did not keep their words and did not block the bank’s loan portfolio.

In connection with the reorganization of the two banking institutions of Commercial Industrial bank, LLC and Express Bank AB, representatives of the National Bank of Ukraine issued a permit to conduct a procedure of merging these structures under a simplified scheme.

Due to the significant potential of introducing innovative programs, increasing the efficiency of production, expanding supply sources and increasing yields, the Antimonopoly Committee of Ukraine has completed the merger of Bayer Aktiengesellschaft and Monsanto Company.

According to the representatives of the Security Service, Ukrainian institutions and companies may suffer from the next wave of cyber-attacks. 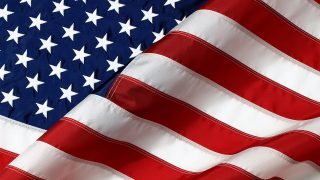 Due to the reduction and limitation of the number of the US diplomatic corps in Russia, non-immigrant visas will not be issued since August 23 of this year. The issuance of visas is suspended for an indefinite period.

Due to financial transactions to such countries as Syria and Iran, the first Russian bank, Tembank, was cut off from the SWIFT system (International Information Exchange and Payment System). At the moment banking services are limited. It is impossible to independently conduct money transfers abroad. 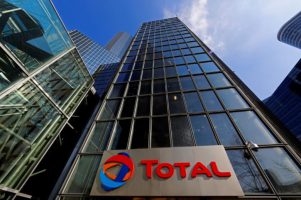 The increase of 5% in the value of shares was demonstrated at the beginning of the week by the transport company Maersk (Denmark). The reason for this positive indicator was the decision of the management regarding the sale of the oil and gas division of Maersk Oil.

On August 23, 2017, the representatives of the European Commission announced the start of an investigation of Bayer’s intentions to acquire American agricultural technology expert of Monsanto Company in order to learn the details of the deal and make the right decision to avoid monopolizing of the market for the production of pesticides and seeds. The transaction amount is 66 billion.

Digital tools from METRO to grow your business!

There are more and more services every day that you can use with your own gadget from home. For business in the field of HoReCa, interaction with customers in the digital world is crucial. After all, guests are accustomed to convenient one-click booking, reminders about their reservations and more. Today, business owners are actively developing […]