Does Ukraine tend to the trends of world markets in the development of pharmacy networks? Is this business segment is highly refrained? How do it`s network profits are generated – at the expense of price indicators or through the expansion of the network in as many regions as possible? 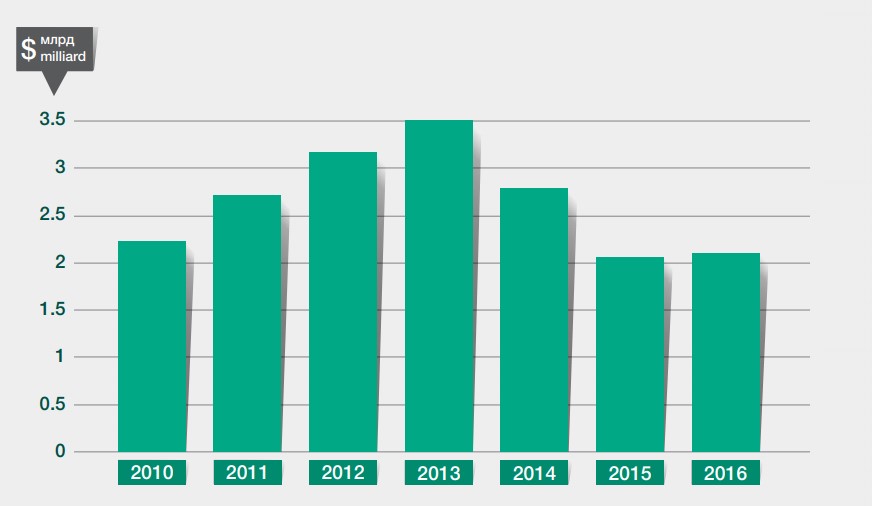 Trends in the pharmacy market, USD

1. If the trends for 2013-2014 were to reduce the number of pharmacy kiosks in view of the prohibition of this category of sales outlets, then the opposite trend is now emerging: the pharmacy market has begun a gradual expansion. In some regions of Ukraine in 2015-2016 there was an increase in the number of pharmacies. Among them: Dnipropetrovsk, Odesa, Vinnitsa, Lviv and, undoubtedly, the city of Kyiv. On the other hand, the number of pharmacies decreased in uncontrolled by Ukraine regions of Donetsk and Luhansk. There is a tendency to consolidate retail
pharmaceutical companies. Basically, these are big players like “Apteka Nyzkykh Tsin”, “Dobroho Snia” and “Bazhayemo Zdorovia”. These networks, which consist of 50 or more outlets, showed an increase of 4 % in 2014-2016, while the growth of single points was less than 1 %.

According to the apteka.ua portal, the number of pharmacy outlets belonging to FOPs is gradually increasing in the regions. About 40 % of the total number of such points are in villages and townships. On the other hand, the percentage of communal enterprises in the overall structure of the pharmacy market is decreasing. In general, one can note the following trend: the smaller the population, the greater the proportion of communal pharmacies, as well as pharmacy outlets of the individual entrepreneurs. The largest number of pharmacy outlets is concentrated in the Central and Western regions of Ukraine. As of the beginning of June, it is 26.8 % and 27.8 % of all retail outlets in Ukraine. Kyiv has about 7.4 % of the total number of points in its territory. The leaders among the regions by volume of pharmacy outlets are Dnipropetrovsk, Odessa, Kharkiv and Lviv regions.

Experts mention that although most of the pharmacy outlets now are concentrated in small pharmacy networks, the process of consolidation is taking place intensively, resulting in an increase in the share of large networks in the total volume of almost 5 %.

Many points work with a franchise. In general, the mechanism is so: a small network takes a franchise in a strong large network and takes it`s benefits. Another option is the exchange of shares between a small and a large company, with the small network leaving behind some management functions, while the front and back offices are transferred to a large one.

The undisputed leader, which, according to experts’ forecasts will take up to 20 % of the market, is pharmacy from Zaporizhzhya “Magnolia” with its projects “Apteka Nyzkykh Tsin”, “Kopiika”, “Blagodia”. The “Apteka Nyzkykh Tsin” network has been behind competitors for several years now for its relatively long history. The network is actively expanding its presence in all regions
of Ukraine and now has 500 outlets in the country.

The next in ratings are “Sirius-95” with its brand “Bazhayemo Zdorovia” and a pharmacy network, which has more than 400 pharmacies; “Med-Service Group” with more than 300 points of sale in 100 cities of Ukraine; “Farmastor” with the trademark “Apteka Dobroho Dnia”, which posists itself as a pharmacy supermarket with over 230 sales outlets.

According to experts’ forecasts, the trends of the domestic pharmacy, trough pharmacy networks will take place in the following directions:

Summing up, we should say: all experts are unanimous in the opinion that more than 21 thousand of pharmacy points are too large for Ukraine, therefore the requirements and challenges of the pharmaceutical market will become even more severe.

Amazon reported a 37% increase in revenue

Shares of Amazon, which rose by 73.8% since the beginning of the year (more than the growth of Apple, Microsoft, Google and Facebook), fell 2% after closing trading on Thursday, when the company released a report for the 3rd quarter, which ended September 30. Amazon set a new revenue record, e-commerce increased sales by 57% […]

The public service is the channel  of sales department and marketing for news distribution.  Michael Shmilov, the Viber director informs that application interface could optimise by the concrete organisation. After public account creation, the administrators could send the messengers to subscribers in different ways: through CRM system manually  or through chat-bots in private messengers. The […]

How many foreign investments did Ukraine attract in the past year?

According to the source Inventure, Ukraine has attracted nearly $ 4 billion ($ 3.8 billion) of foreign investment over the past 2016. This figure exceeds the amount of 2015 almost doubly. These indicators were noted by First Vice Prime Minister of Ukraine Stepan Kubiv at the governmental seminar “The economic development of the regions: strategies […]