Switzerland is an amazing country, and not only in the sense of the unsurpassed beauty of the landscape, but also in the incredible economic performance having ultralow natural resources.

Switzerland is a country with almost complete lack of mineral deposits. Most of the territory consists of mountain ranges of the Alps. There is everything you can imagine in Switzerland imports: energy supplies, plastics, clothes and footwear, metals, cars and electronics, agricultural products and even paper. What is the secret of success of this small country? Let’s figure out together.

ECONOMY OF THE FUTURE

Switzerland’s economy is one of the most stable economies in the world. According to the World EconomicForum Annual Report, which is called Global Competitivenes sReport (GCR)1, Switzerland is consistently ranked first. In the report, as of 2017-2018, the country has a competitiveness index of 5.86 points, and this makes it ahead of the United States of America. Besides, Switzerland is ranked first in The GlobalInnovation Index (GII)2, which is also reviewed annually.

Despite the fact that the biggest part of Switzerland’s economic practices corresponds to the European Union’s economic policy, there are still many protectionist, trade practices, especially in the agricultural sector where small business prevails.

The Swiss economy is divided into three sectors:

Less than 10 % of the population of Switzerland is engaged in agriculture, nevertheless, this sector is considered as primary and enjoys the greatest support from the state.

40 % of the population works in industry, trade and crafts. This sector is considered secondary. It includes construction of machinery, metallurgy, watch industry, textile industry. All these sectors export their products abroad, “suffering” from the high cost of the Swiss franc. The additional issue is the fact that Switzerland is not part of the European Union.

More than 50 % of the population is employed in the service sector. This sector includes banking, insurance and tourism. Banking is one of the most important sectors for Switzerland, it would be worth to devote it a separate chapter.

There are a number of common misconceptions and cliché about Switzerland which are used by many people. For example, Switzerland is considered to be the world’s largest exporter of watches, but in fact, in this sense, Hong Kong is significantly ahead of it, and Japan is, of course, the world’s leader here. 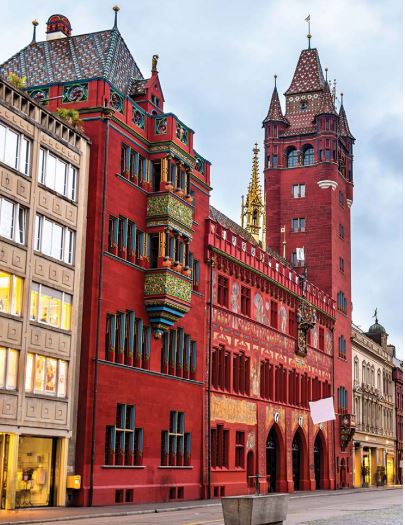 On the other hand, when it comes to the reliability of clockwork, Switzerland is, indeed, the best in the world.

Another thought that impresses our mind is the thesis that Switzerland is the largest exporter of chocolate. Swiss chocolate industry was almost entirely export oriented from the 19th century untill the First World War. After the World War II, Switzerland started outsourcing production through commercial restrictions. Today “Swiss” chocolate is mostly consumed by the Swiss
themselves. They enjoy more than 54 % of the chocolate produced in their country. Germany is the largest exporter of chocolate in the world. But there is a cliché that is absolutely true, namely the reliability and quality of Swiss banks.

The most reliable phrase in the world is “the Swiss bank”.

Thanks to the age-old tradition of positioning, Switzerland is seen as a world financial center in a popular culture. It so happened that the aura of capricious exclusivity contributed to the growth of the prestige of the Swiss bank account. Employees of the offices of major Swiss banks not only speak English, but also have an English version of professional bank brochures in their arsenal.

This is just one of many details that make up the prestige of the Swiss banking sector — the prestige that transforms into professionalism that works in the customer’s favor.

Opening accounts is a quick and easy procedure for the citizens of Switzerland and the European Union. As for foreigners and returnees, difficulties can arise due to the high level of captiousness in the course of the applicant’s security check. Therefore, the process essentially depends on the place of residence, the citizenship of the applicant and the source of funds. In any case, the bank will notify you of any additional documents that you may need when your application is registered. Nevertheless a positive decision garantees the client all the benefits of
the ideal service and reliability of banking institutions in this amazing country.

Even crisis periods for world economies did not have a significant detrimental effect on the stability and overall profitability of Swiss banks. With increasing capitalization requirements, lowering loan growth and global economic shocks, Swiss branches of the UBS and CreditSuisse, Kantonalbanken and Raiffeisenbanken report capital yields of 5.7 % in 2016.3. 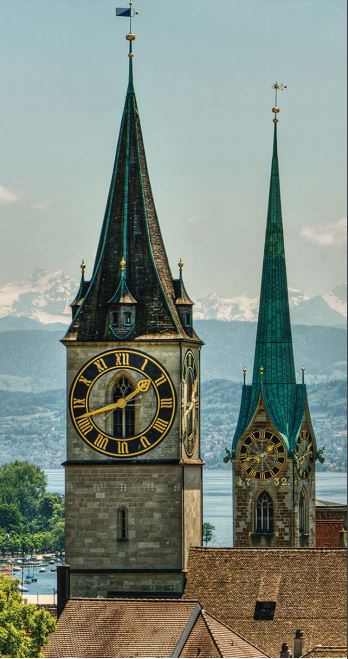 There are certain types of insurance in Switzerland that are compulsory for everyone who lives in the country. Compulsory types are insurances related to health, accidents, motor vehicles and liability of homeowners.

Those who work must also have pension insurance and work-related accident insurance. Payments are made automatically and directly from the wages of the employee.

With a three-level structure, for most Swedes, the secondlevel is a professional pension provision, represents the most significant part of their savings in the system. A future pensioner receives a certificate (insurance pension certificate) every year, which provides all the necessary information on the benefits of participation at this level. The pension provider also specifies pension savings and a list of beneficiary rights.

3 — According to the report SwissBanking 2017. Room for improvement

McDonald’s sells almost all of its business in China

According to one of the leading US companies – financial information provider Bloomberg L.P., McDonald’s Corporation already has a large share of potential buyers (80%) of Chinese fast food restaurants. The future owner of the assets turned out a syndicate Citic and Carlyle Group companies, which will buy a controlling stake shares of McDonald’s business […]